What is Root canal treatment?

Root canal treatment can save your natural teeth and prevent the dental implants or bridges.

You have pulp inside you tooth. Sometimes pulp get damaged by deep decay, extreme dental procedures, cracks, trauma to the tooth. If the pulp is not treated properly, it will die and will have infection. 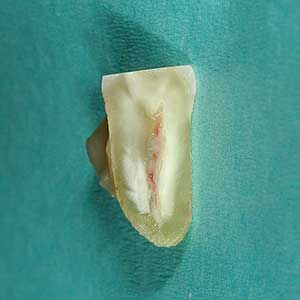 Some teeth have already had infection due to treatment failure of their previous root canal treatment. In such cases, retreatment is only the treatment option which cures disease and saves the teeth.

The procedure aims to disinfect the root canal of the tooth, which means that it reduces the number of bacteria and removes their nutrients, so that it helps the host’s defense system to work and heal by itself.

Root canal treatment must be proceeded with strict aseptic protocol.

●Placing Rubber-Dam on the tooth to avoid pushing bacteria from saliva and dental plaque into the root canal during treatment.
●Using aseptic instruments in order to prevent secondary infection(prevent contamination).

What the infection of the root canal looks like?

An acute or chronic inflammatory lesion around the apex of a tooth root which is usually caused by bacterial invasion of the pulp of the tooth.
Disase appears on X-rays as a black area, which indicates there has been bone destruction.

●Swelling, Sinus tract
●Pain caused by chewing, biting, pressure
●Spontaneous pain ( only in acute cases)
●No symptoms is also common in many cases, which is called Asymptomatic apical periodontitis.

Whether the lesion expands or causes symptoms depends on the balance between the host’s defense and the activity of bacteria. When you are sick or exhausted, Asymptomatic apical periodontitis could become Symptomatic.

How to evaluate Treatment success?

●The black area on X-ray images disappears or becomes smaller and brighter.
●Symptoms disappear after treatment.

We check both as the proofs of the treatment success.

How to disinfect Root Canal 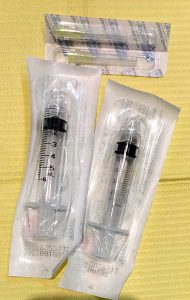 I place 100% calcium hydroxide in root canal for inter-appointment disinfection. 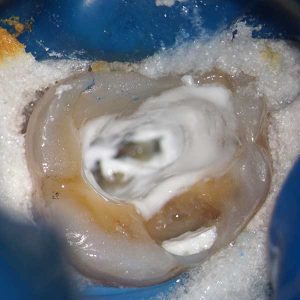 Using all methods, the number of bacteria is reduced effectively. However, because of the complexity of the root canal system, there are places where disinfection can’t reach. Moreover, some bacteria have tolerance against antibacterial agents.

In such cases, root canal treatment fails (failure rate is 20~30%) and a surgical approach is necessary.

What is necessary after root canal treatment

Tight sealing after root canal treatment is essential for a long-term favorable outcome.

After the root canal treatment, creating a tight seal such as core-build up and coronal restoration is important to prevent bacteria from saliva or plaque seeping into the root canal.

We proceed with core build up right after root canal treatment and place a temporary crown.

3months after the treatment, when the success of the treatment is confirmed, the tooth is ready to have definitive crown treatment.